The Trouble with Running Late - Take Back My Day

Taking the Time to Listen

The Trouble with Running Late 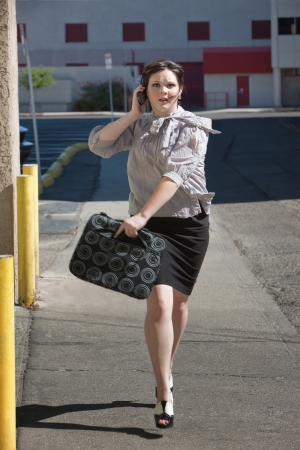 “I’ll be there in a few minutes!” – For most of us, running late is associated with a sense of stress and guilt that compares to little else. As we rush along, the voice in our head berates us for not looking up a transport schedule sooner, failing to remember a major highway construction site, or forgetting to charge the phone. Once we arrive – the carefully chosen outfit now in disarray from running – the first few minutes are spent in breathless apology. Occasionally, the delay is beyond anyone’s control, but what if running late is the story of your life?

Failing to show up on time is typically interpreted as disrespectful and selfish and can sour relationships with friends and coworkers. What’s worse, people who are chronically late also hurt their chances of getting hired or promoted and may miss out on important networking opportunities. Here are some steps to cut down on the anguish of being always late:

1. Trace it back. Think about a recent situation in which you arrived late, in spite of your best intentions. It may be helpful to take an objective look at the factors causing the delay. What held you back, and where? Perhaps you were suddenly unsure about your outfit, or had to search for keys or a phone. Maybe you had to run back for a forgotten item, take care of a pet, or answer someone’s question on your phone. In any case, something unexpected caused a few minutes of delay, which then snowballed into more lost time.

Is “one-more-task syndrome”
the story of your life?

2. Prepare. Failing to prepare for departure is one of the main contributors to frenzied rushing. I’ve written about the importance of visualizing a daily itinerary, and getting ready to leave is a good example. Mentally walking through the steps of going out the door with everything needed for a meeting is a helpful tool, particularly if you want to make a conscious effort to avoid your usual time traps. Place everything you want to bring (phone, keys, paperwork, bag) in a designated spot by the door well ahead of time, and choose an outfit. Taking these steps in advance, e.g. the night before, eliminates issues such as deciding on accessories or finding a lost item. If you are going to an unknown location, look it up online and enter the address in your phone to avoid a frantic last-minute search.

3. Revise time estimates. If you are concerned that being consistently late may damage your friendships or career, take a close look at the actual time consumed by different activities and begin to include larger time buffers in your schedule. It has been proven that human perception of time varies considerably. People who are chronically tardy tend to underestimate the passage of time. They are convinced that a 10-minute walk to the bus station can be covered in less than half that time, and that they only need 30 seconds to get from a crowded parking lot to their desk. To compound these overly optimistic estimates, time management coach and author Julie Morgenstern has identified what she calls “one-more-task syndrome,” which delays our departure because of that “one more quick thing” we have to do.

Whether it’s building in better buffers or not following the urge to do one more quick task before leaving, becoming aware of time choices is key to improving control. It may take a while to perfect your skill at being on time, but the most rewarding aspect is that you will find new uses for the energy previously spent on excuses and guilt.

More practical time management tips can be found in my newsletter.